skip to main | skip to sidebar

The Local Executive would like to thank management for fixing all the radio issues. Having requested reports from its members in order to deal with the problems appropriately, no such reports have been submitted...therefore the radios and all their issues must have been resolved by management.
Posted by Windsor Jail Local 135 at 8:17 PM 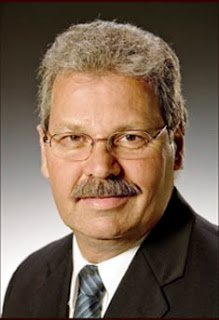 Finance Minister Dwight Duncan announced that Ontario’s budget deficit this year will hit $24.7 billion. The news, while not surprising, was shocking just the same. It’s a big number. It has big consequences for every OPSEU member.

The Minister promised a “sweeping review” of government spending. Premier Dalton McGuinty would not rule out unpaid days off for the million Ontarians who earn their bread in the provincial public sector. And the spectre of privatization now looms over every public service worker.

The Liberals’ plan is to make us pay.

There is no question that the deficit is real, and it’s big. It’s about $1,900 for every living person in Ontario. Put another way, it’s equal to all the money the province collected from Personal Income Tax last year.

As a province, we will have to address this deficit. The question is, who will pay?

Dwight Duncan won’t have much luck looking for waste in public services (except, of course, for the hundreds of millions he’s throwing away on private consultants). We already had a “sweeping review” from 1995 to 2003. It was called the Common Sense Revolution, and public services still haven’t recovered from the brutal trauma of those years.

As far as unpaid days off, a lot of us remember Bob Rae’s “Social Contract” all too well. But much has changed since the Rae days.

For one thing, the Social Contract would be struck down by the courts today. In 2007, the Supreme Court of Canada ruled that B.C. Premier Gordon Campbell was wrong to tear up the collective agreements of health workers in that province. Since then, collective bargaining has been recognized as a protected right under the Canadian Charter of Rights and Freedoms.

McGuinty can’t legislate his way out of this. If he wants to use public employees to buy Ontario out of the recession, his two main options are a) privatization; and b) mass layoffs.

Privatization is a stupid idea. It cuts services, it destroys jobs, and it usually comes with major cost overruns. And from a budget standpoint, selling off assets like the LCBO – which right-wingers are already barking for – would kill the goose that lays the golden eggs.

As for more layoffs, they can only weaken local economies, destroy the services people need, and generate headlines the Liberals really don’t want to see.

So what’s their plan? My guess is, they think that just the threat of layoffs and privatization will force public employees to agree to the wage cuts or “Dalton Days” he wants.

In other words, it’s a New Social Contract.

The problem with the 1993 version of the Social Contract was not that it tried to pay off the deficit that all Ontarians owed. The problem was that it put the responsibility for doing so on one group only: public sector workers.

How is it fair that a part-time secretary at a community college, who makes maybe $27,000 a year, should be the one paying off the deficit when the Bay Street banker is not?

Which is more important, providing professional help to a child with a mental illness, or giving income tax breaks to profitable corporations and obscene bonuses to their CEOS?

We chose careers in public service not to get rich, but because we care – for people, for families, for communities. It’s time our commitment got the respect it deserves.

We are already planning a bold strategy to fight the coming attack. It will take courage, commitment, brains, resources, and leadership. The good news is, there is no organization in Canada that is better equipped to lead this fight than our union, OPSEU.

Working together as we have done so many times before, I know we will do whatever it takes.

No more Bitching, come out and have your voice heard! !
Posted by Windsor Jail Local 135 at 2:50 PM
Newer Posts Older Posts Home
Subscribe to: Posts (Atom)