skip to main | skip to sidebar

Attached is a letter we have sent due to management refusing to provide us with any information regarding their program.

Local Union Executive is encouraging all staff members to complete the following questionnaire when circulated.

Please see the attached memo and questionnaire for distribution to all staff and managers in your facilities.

Thank you for your assistance.

Friday, August 07, 2009
The London Free Press - August 7/09
Unions have role in cutting high city hall absenteeism
By JOE BELANGER
It's disappointing, but not unexpected that an arbitrator has ruled against a policy at London city hall aimed to reduce high worker absenteeism. Arbitrator Wesley Raynor, a former dean of the University of Western Ontario's law faculty, said the policy could be used to intimidate employees to come to work even when they're legitimately sick. Raynor noted the policy's repeated threat of termination and "the limited explanation of the need for discretion . . . create a definite tone of intimidation." The ruling leaves the city without an attendance policy for the next six months and chief administrative officer Jeff Fielding said management will draft a new policy in consultation with city hall unions. The policy was adopted after it came to light administration wanted to hire an attendance manager to help cope with an unusually high absenteeism rate among city workers. A review by an accounting firm concluded city hall employees missed an average of 19.4 days of work, more than double the national average of 9.7 days for civic workers compiled by Statistics Canada. The policy developed by management flagged employees who missed six days or more in either half of the calendar year. Managers were to work with employees with serious illness while others were also offered help but told to find ways to reduce sick days or face an escalating set of six meetings which could lead to termination. It sounds convoluted, possibly unfair and open for abuse and Raynor ruled it was. Unless the unions representing 2,200 inside and outdoor workers are involved in developing a new policy, it is almost bound to fail. That way the employees have a stake in its success. Clearly, the language and process will also have to be simplified. There's no question absenteeism has improved in recent years. For instance, absentee rates among London firefighters dropped 18.5% compared with 2007, and are significantly lower at Dearness Home for the Aged. No one can blame the administration for trying. They've had success. But all of us expect even more improvement now that the unions will be involved.
Those of you sitting in the ivory towers, you should take a look at the highlighted sentence. See you at the GSB.....
Posted by Windsor Jail Local 135 at 7:48 AM 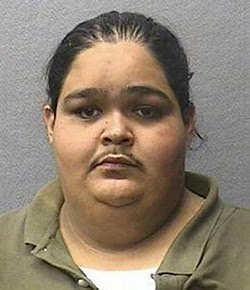 WASHINGTON (AFP) - An obese prisoner in Harris County, Texas has been charged with illegal possession of a firearm after he was discovered to be hiding a 9mm pistol in between his rolls of fat, local media reported Saturday.

George Vera, who weighs around 500 pounds (225 kilograms) was originally arrested last week for selling counterfeit CDs, according to the Houston Chronicle newspaper.

A police spokesman told the Chronicle that Vera was searched three times over the course of his arrest and booking at the jail but managed to conceal the handgun with his rolls of fat until it was discovered in the shower.

Vera has been charged with possession of an illegal weapon in a correctional facility, which carries a penalty of two to 10 years in prison, but is currently free on bail of 10,000 dollars.
Posted by Windsor Jail Local 135 at 1:37 PM

Any members with outstanding grievances are being asked to contact Local Union Executives in the event that they have received a letter from Management relating to Stage 2 Hearings.
Thank you.
Posted by Windsor Jail Local 135 at 1:35 PM

A publication of the OPSEU Corrections Division

The MCSCS and MCYS MERC teams met with the employer on July 29 as part of the new Joint Attendance Strategy and Implementation Committee (JASIC). However, the employer representatives appeared to be powerless and without the authority to make any type of decisions.

Both the MCSCS and the MCYS MERC Teams and OPSEU are extremely concerned with much of the content of the new ASMPP. We are also very aware of the overwhelming negative response and the many concerns expressed by corrections bargaining unit members when this program was announced.

Eddy Almeida, MCSCS MERC Chair says that so far their questions have gone unanswered. “We have raised a litany of questions around the shortcomings of this policy, Almeida said. “We are still waiting to hear management’s rational and justifications for putting in language that is only beneficial to the employer…criteria that only appears to enable them to dismiss members from their jobs.”

“Once again, the employer has put into motion a knee-jerk policy without any research to support the policy’s purpose or objectives,” said Glenna Caldwell, MCYS MERC Chair. “Clearly, there are a multitude of factors that are involved with attendance problems over and above the terrible conditions within our work environments. The employer admitted that they did zero research to understand the factors behind sick time usage in the corrections bargaining unit.”

The employer’s policy speaks to assisting employees in maintaining positive attendance rates, yet they have allocated zero resources to meet this objective. They could not identify any resources besides the 3.5 sessions of EAP (which was cut down some time ago from 10 sessions) as a mechanism to assist employees.

Meanwhile, the employer continues to raise the issue of sick time with the union, while doing nothing to improve conditions that are the major factors behind attendance issues. Instead, they appear to be doing exactly the opposite. OPSEU has tabled and is emphatically addressing all of the concerns that have been raised about this punitive program, and we are awaiting responses from the employer. We also fully intend to put this policy to the test at the GSB and any other forums where it can and should be challenged.

OPSEU President Warren (Smokey) Thomas said that the government should re-think the ongoing battle they are waging against members in the OPS, especially those in Corrections.

“Our Corrections members do not throw in the towel at the first sign of a fight,” Thomas said. “The employer has learned this time and time again. If the employer needs another lesson in how strong our members can be, we are more than willing to show them.”